Plasma cutting uses a jet of hot plasma to cut through electrically conductive materials, such as copper, steel, brass and aluminium. Plasma is essentially a channel of super-heated (above 20 000°C), electrically ionised gas, which is formed when the electric arc between the anode (or workpiece) and cathode (or electrode) is constricted during the cutting process.

Plasma cutting has many advantages over oxyfuel metal cutting technology. The most significant of these include:

Versatility
This method can be used to cut many different types of metal – both thick and thin. Computer controlled torches can cut steel of up to 150mm thick, while smaller, hand-held torches can usually cut steel plate with thicknesses of 1mm up to 38mm. Plasma cutting is particularly effective when cutting sheet metal that is curved or angular, and can also be used on painted, rusted or dirty metal.

Speed
Both cutting and piercing speed are improved with plasma cutting. Almost all metal cut today is 25mm thick or less. In this range, plasma offers speeds of at least twice those of oxyfuel. The thinner the metal, the more the speed advantage increases, offering cutting that can be up to 12 times faster. In addition, it takes a plasma cutter less than two seconds to pierce a piece of steel 15mm thick, compared to about 30 seconds with oxyfuel.

To find out how Steelmor’s plasma cutting services can pass on these, and other advantages to you and your business, call us today on 011 747 5700 or visit www.steelmor.co.za. 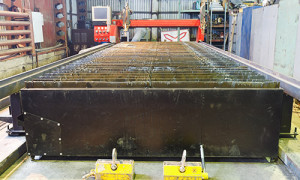 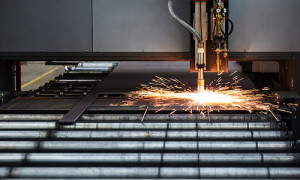 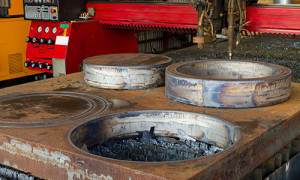