To the layman, the words “pipe” and “tube” appear to refer to the same thing, and they are frequently used interchangeably when describing any kind of long cylinder. There are, however, several important differences between pipes and tubes, and it’s important to know these differences when determining the requirements for your particular project.

Measurement
The way tubes and pipes are measured is probably the main difference between them. Pipes are used primarily for the transport of gases and fluids such as oil, water and propane, among others. For this reason, the inside (or nominal) diametre is critical, as it indicates how much liquid or gas can flow through the pipe. Pipes also have a pressure rating, which is important as the measurement must fall within the accepted transport or distribution pressure range.

Tubes on the other hand are often used in areas where the outside diametre (OD) and wall thickness are critical – such as in medical applications, construction and the military. The measured OD and stated OD are generally within very close tolerances of each other, and it is these tight manufacturing tolerances which help contribute to the higher cost of tubing vs piping.

Shape
Pipes are always round. Always! Tubes, however, can come in a variety of shapes – including round! – but can also be rectangular or square. So if you think you need a square steel pipe, you actually need a tube!

In addition to offering expert pipe rolling services, Steelmor are also national stockists of instrumentation tubing, among many other products. So whether you need tubes, pipes or any other stainless steel product, contact us today to explore our full range. 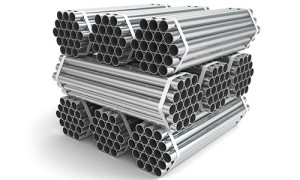